" , May your day have smooth sailing. Feel free to get comfortable and make yourself at home."
Translate 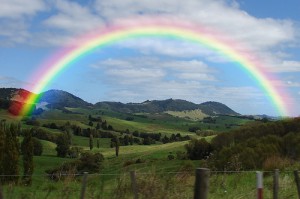 Our Irish Angel Guardian is watching over this website.

IRELAND A LITTLE BIT OF HEAVEN

Sure, a little bit o' Heaven fell from out of the sky one day,
And nestled on the ocean in a spot so far away;
And the angels found it, sure it looked so sweet and fair.
They said suppose we leave it, for it looks so peaceful there!
So they sprinkled it with star dust just to make the shamrocks grow;
'Tis the only place you'll find them,
No matter where you go;
Then they dotted it with silver
To make its lakes so grand,
And when they had it finished
Sure they called it IRELAND!

Mrs. O'Donovan was walking down O'Connell Street in Dublin when she met up with Father O'Rafferty. "Top o' the mornin' to ye," said the Father, "Aren't you Mrs. O'Donovan? Didn't I marry ye and yer husband two years ago?" She replied "Aye, that ye did, Father." "And be there any wee ones yet?" "No, not yet, Father," Mrs. O'Donovan said. "Well, now, I'm going to Rome next week, and I'll light a candle for ye." "Oh, thank ye, Father." They parted ways.

Cursor Skins are fun animated tails that follow your mouse! Coming soon. St. Patrick the Patron Saint of the Irish. Known for his compassion He was born in Roman Britain to wealthy parents & kidnapped during his early teen years then taken to Ireland sold into slavery he worked as a shepherd for six years utill his studies were complete, he returned to Ireland in March . There he did mission work among the people who had enslaved him for six years. Known for his zeal for helping suffering people. St. Patrick was appointed Bishop of Ireland. He died there on Mar. 17

Pre-warm a stemmed glass. Add the whiskey.
Add the sugar and stir in the coffee.
Top with whipped cream.

All over the world Irish people and friends celebrate on March 17th, with parades, festivities, music and dancing. St. Patrick's Day, so lets join in!!!!
A Positive Place

I'm a little leprechaun
Dressed in green,
The tiniest man
That you have ever seen.
If you ever catch me, so it's told,
I'll give you my pot of gold!~

May the road rise up to meet you
May the wind be ever at your back
May the sun shine warm upon your face
And rains fall soft upon your fields.
And until we meet again,
May God hold you in the hollow of His hand.

This is one race of people for whom psychoanalysis is of no use whatsoever. Sigmund Freud (about the Irish) An Irishman arrived at J.F.K. Airport and wandered around the terminal with tears streaming down his cheeks. An airline employee asked him if he was already homesick. "No," replied the Irishman. "I've lost all me luggage!" "How'd that happen?" "The cork fell out!" said the Irishman. ---

When Irish Eyes Are Smiling Lyrics

Approximately 2300 feet above sealevel and with a rise of approximately 300 feet above the Ireland roadway, there is alarge stone that appears to be defying the laws of gravity. That's the Blarney Rock. This is also a magic of the Blarney Rock. Any resemblance to the original Blarney Stone is purely coincidentally. I has its effect on human aging. It is said that if one visits the Blarney Rock annually during the equinox, preferably on the first day of spring. You will most likly live to be 114 years old! This legend can be proven to be an absolute certainty if the hike is made for 114 consecutive springtimes. The additional gesture of leaving a penny for the leprechauns increases ones chances for a long lifetime. So, if you want to be as old as Andrew Wilson, take this advice. And hike to the Blarney Rock, climb upon the top, proclaimyour gratitude for the coming of spring, and for some extra luck; leave a penny for the leprechauns.

I hide in the forest,

If you ever catch me, you will see

A wish I will grant as quick as can be!

You see every knows that very leprechaun hides his gold at the end of a rainbow.

The four-leaf clover is Ireland's favorite token of good fortune. The first leaf symbolizes Hope, the second represents Faith, and the third stands for Love. The fourth leaf is the lucky leaf! :0)
Life brings a nice surprise. a2000greetings got this in my mail.
Personal Web Pages
"Your site, with Happy St. Patrick's Day, Welcome page, has been featured at the Personal Web Pages site on About.com -St. Patrick's Day Guide picks. I hope this draws much attention and traffic to your site. It will also be listed on my New Tips, Sites, Diaries & Profiles page. As a featured site, you are eligible to display the Personal Web Pages Featured Site Award on your Web site.
Thanks for creating a great Web page,"
Lin Roeder -

Thank you. Lin Roeder and About.com

The top o' the morning' to you.
Rainbows make me feel like a child. Nature combined with folk tails and the Holidays!
-

Ireland is rich in literature that understands a soul's yearnings, and dancing that understands a happy heart. ~ Margaret Jackson St Patrick's Day Irish jokes;0)
The Englishman looks disgusted, pushes his pint away and demands another pint. The Scotsman picks out the fly, shrugs, and takes a long swallow. The Irishman reaches into the glass, pinches the fly between his fingers and shakes him while yelling, "Spit it out, ye bug!!! Spit it out!" ---

;0)
The angry wife met her husband at the door. There was alcohol on his breath and lipstick on his collar. "I assume," she snarled, "that there is a very good reason for you to come waltzing in here at six o'clock in the morning?" "There is," he replied. "Breakfast."

Spirit appointed to forewarn members of certain ancient Irish families of their time of death. The Banshee mourning call is heard, usually at night when someone is about to die. And my be associated with Ireland with witchcraft.
~ 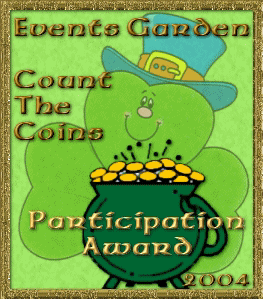 Prepare Sieve the plain flour and baking soda in to a bowl.
Add the wholemeal flour, salt and brown sugar and mix well.
Add the olive oil and buttermilk and mix well for 2 minutes with a wooden spoon.
Lightly oil a 1kg loaf tin. Add the mixture. Place in 180 C preheated oven.

There is a great web site that is called How stuff works "People Channel". I you want to know how stuff works check them out! They have a printable artical: How St. Patrick's Day Works by Melissa Russell-Ausley
St. Patrick's Day is celebrated wherever there are people of Irish descent. Do you know what they're honoring? Learn about the story, the saint, the shamrocks and the famous Blarney Stone.

From the land of beautiful green hills and great beer -- Ireland!